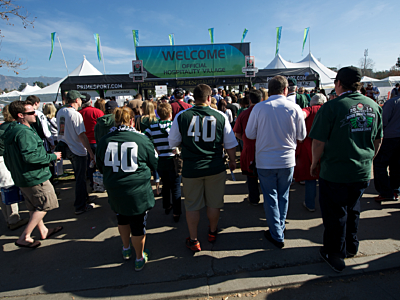 Britten In The News

Britten has been off to a busy start already in 2014, working on the Official Hospitality Village for both the Rose Bowl and the BCS National Championship game. 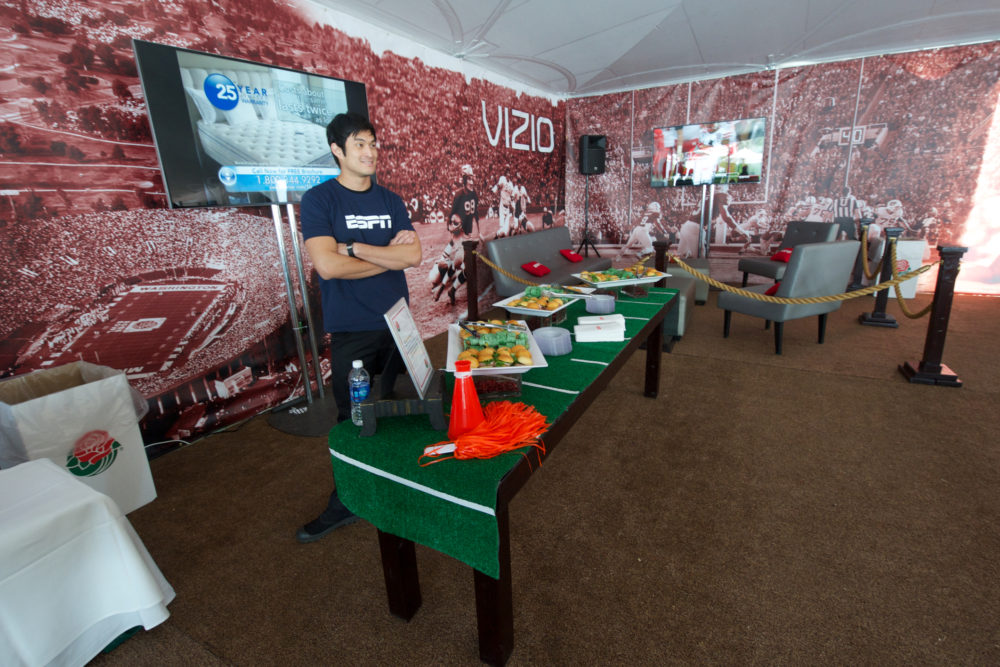 Our sports division produced signage for these two major college bowl games which were held five days apart in Pasadena, California. The 100th Anniversary of the Rose Bowl fell on New Year’s Day, and with the final contest of the BCS National Championship era being held only five days later, the graphics had to allow for a quick and easy rebrand of the entire hospitality village. There were different sponsors in several cases, and the entire package was designed and produced in house. 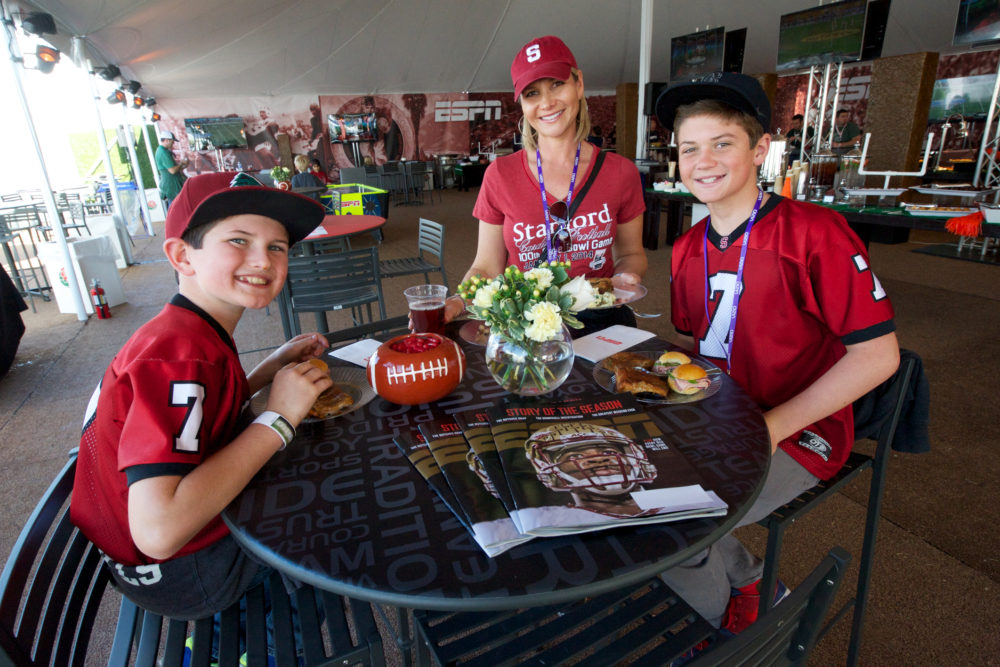 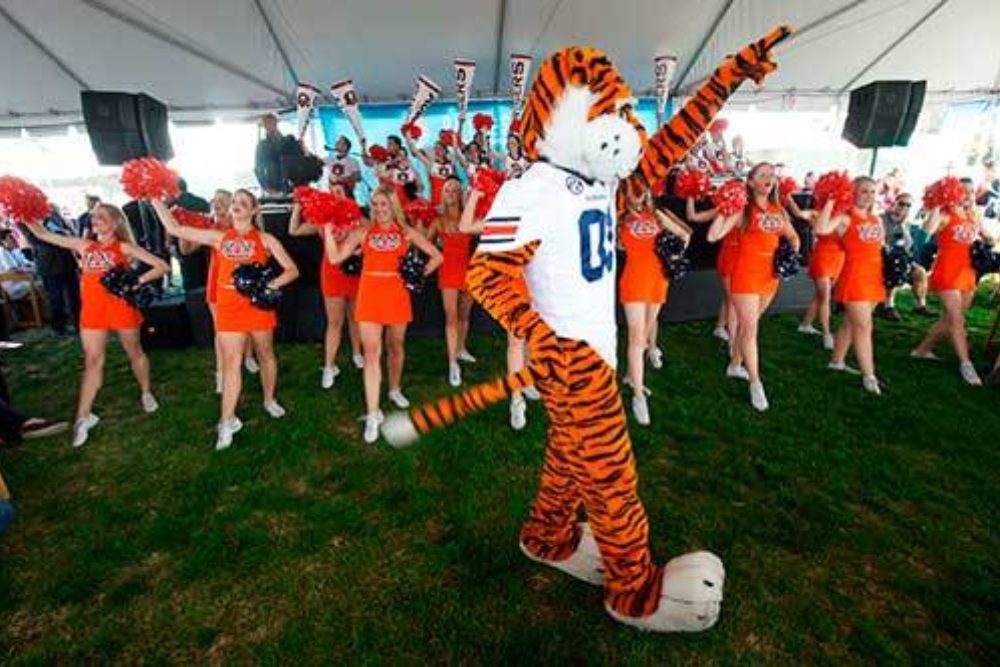 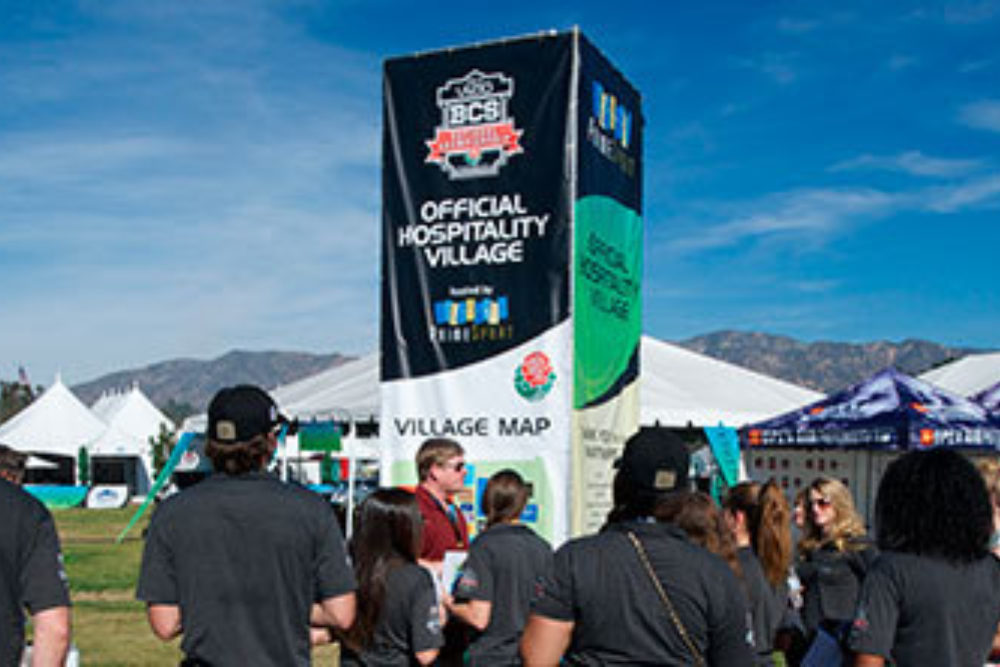 Long runs of colorful fence scrim were designed so that short panels could be swapped out from one game to the next, and logo emblems were printed on rigid paneling so they could be easily changed on the entrance marquees. Inside the VIP tents, decals were placed on table tops and bar fronts. Tent walls and stage backdrops were adorned with large murals, and a decade wall showed the history of the Rose Bowl parade spanning the 100 year tradition skirted the outside of ESPN’s tent complex. Britten also shipped four 18′ tall Event Truss towers which were positioned around the corners of the village for way finding and vertical presence. Overall, hundreds of individual banners had to be designed, sorted and packaged with zero margin for error.

The tight production timeline coincided with the holiday break, and a stretch of inclement winter weather. Our Michigan-based team was thrilled to work closely with our partner to ensure that the project looked great and was executed perfectly, and several employees (and even a few of our customers) were able to enjoy the festivities in Pasadena on New Year’s Day.