Luxury handbag maker and retail chain, COACH®, first featured “Vandal Gummy” as part of a promotion for their Signature Remix collection, in which they commissioned well-known street artists to take their most iconic work and incorporate the company’s signature pattern. After partnering with COACH, pioneers of experiential retail, Simon Malls, called Britten with an idea designed to engage brick-and-mortar shoppers at mall locations across the country and on social media.

Britten’s dedicated foam-sculpting team was tasked with the design and fabrication of a small army of life-sized COACH/Vandal Gummies selfie-signs. Each Gummy stood approximately 5.5’ tall and weighed roughly 35lbs. Each finished Gummi Bear was carefully packaged in a custom-built crate and shipped by the Britten team to a handful of premium Simon Mall locations across America. Exterior standees, pillowcase banners, signs, decals, and SkyBanner remote-controlled ceiling hoists were also printed and delivered to support in the ongoing summer promotion.

Showing off Britten’s 360° visual branding capabilities, the Vandal Gummy collaboration was seen and enjoyed by shoppers at upscale malls like New York’s Woodbury Common Premium Outlets. The promotion led to thousands of impressions on social media with positive comments and shared pictures highlighting a memorable and positive interaction with both COACH and Simon brands.

As part of a $200 million expansion and luxury rebranding campaign, Roosevelt Field, the ninth largest mall in the country, needed a new type of advertising display that would drive traffic and promot... 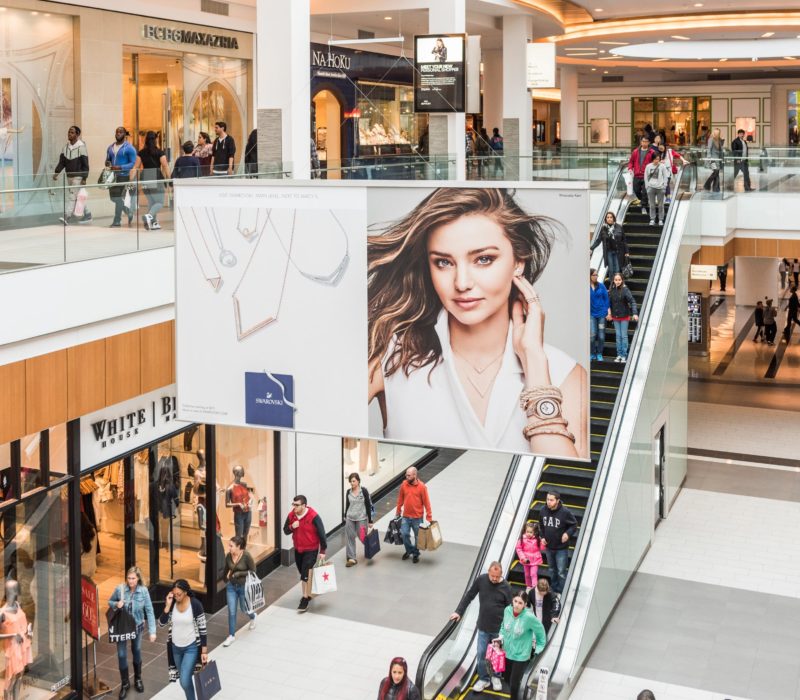 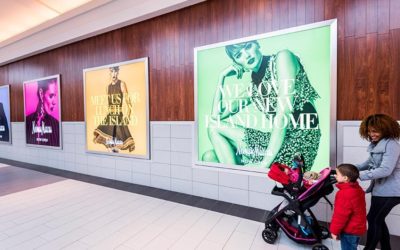 The 270-store, Simon-owned property is the largest mall in the state of New York 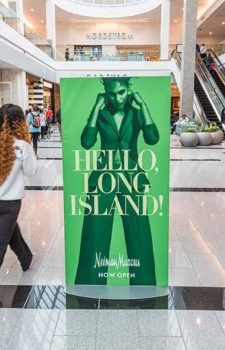 The Shops at Riverside

After years of waning traffic, lost tenants caused by online retail competition, and expansion of nearby competitors, the declining property known as the Riverside Square Mall (until 2005) was bought ... 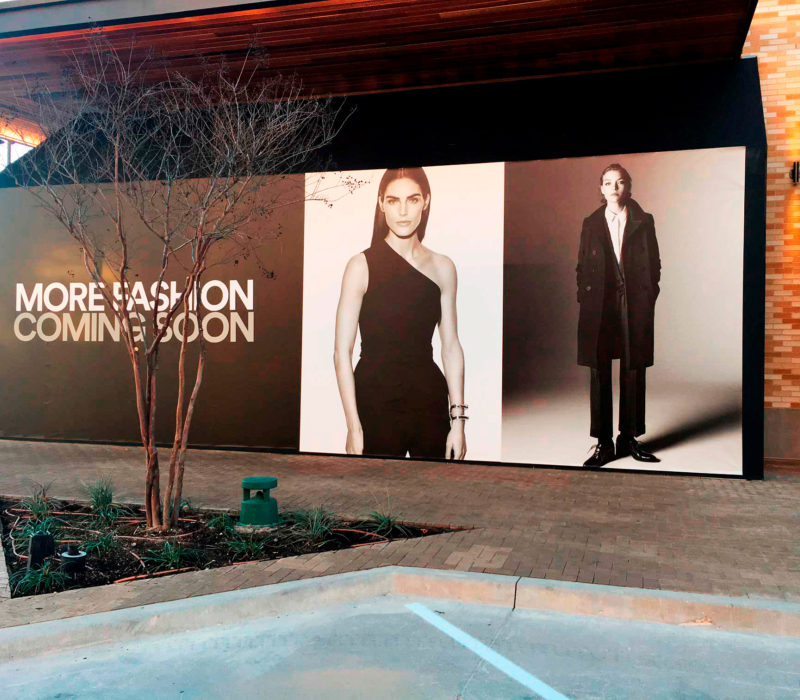 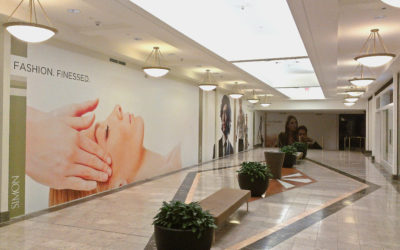 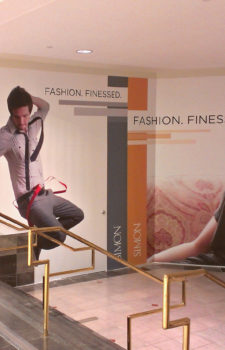