The mercury hovered just under the ninety-mark as the roar of 1,000CCs echoed across the pavement at Circuit of the Americas racetrack. Set on the outskirts of Austin, Texas this impressive F1 track played host to the fourth race for the 2022 Motorcycle Grand Prix of the Americas this April. Although rider Enea Bastianini poled first in the MotoGP, he wasn’t the only one moving quickly. Looking for brand material for their promotional booth, race brand KTM North America INC needed a company that could keep pace. With only two weeks until installation, and other fabrication companies stalling out, KTM turned to Britten to bring them across the finish line.

To create the showcase space for KTM’s motorcycles, merchandise and more, Britten utilized four large, covered truss structures for the framework. The team then filled out the booth with a 60-foot retail counter, and branded Backwalls to accent the KTM wares for sale. Complimented by four 20-foot EventTruss™ towers wrapped in KTM, Husqvarna, and GasGas branded AdMesh™ the impressive display put the KTM booth in pole position. From engineered drawings, to delivery, to install (despite wrestling against 35mph winds), Britten was on time, on site, and on top of the project from start to finish.

When KTM needed a fully branded content package in short order, other fabricators shied away. Working on a tight two-week deadline, Britten completed the order, delivered it on site, and was undeterred during installation despite being buffeted by gale-force winds. Quick, capable, and responsive, Britten kicked it into high gear to make it happen for KTM in record time.

As the first playoff road-course races in NASCAR history, as well as the longest race track in NASCAR, the trailblazing ROVAL™ 400 debuted in 2018 and generated massive excitement among race fans. Ban... 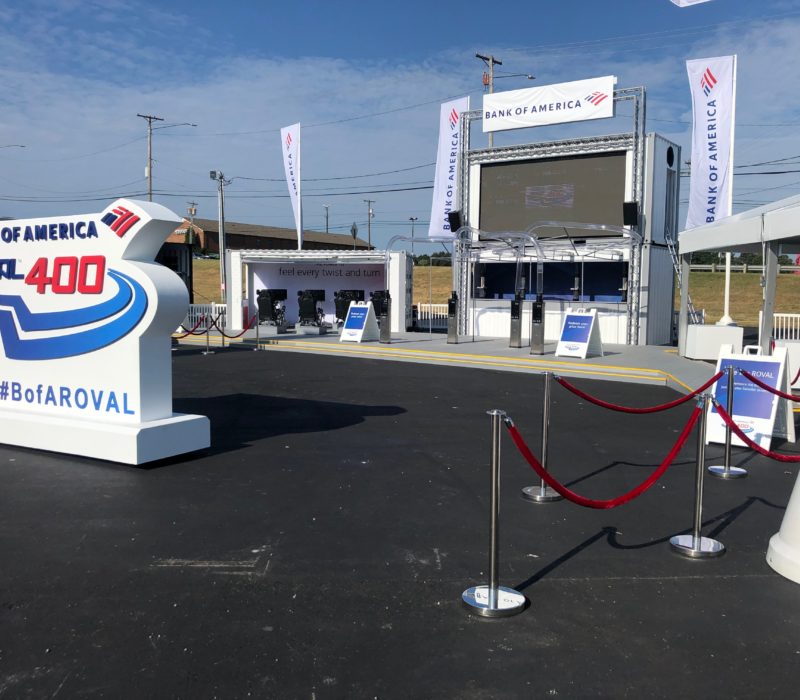 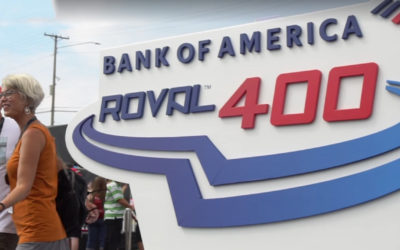 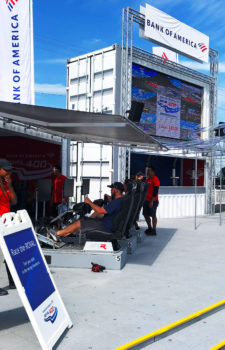