Captivating ideas for raising revenue and boosting your brand.

Combine all that with a general lack of trust in advertising, and it’s no wonder the brands that deliver authentic, engaging fan experiences are the ones moving forward and reporting the best returns.

Check this rundown of some of the coolest, new ways America’s top agencies and sports teams tapped Britten’s 360° branding capabilities to get noticed in this new experiential economy.

Advanced 3D foam-sculpting technology has taken attention-grabbing signage to a crazy-creative place. Selfie-signs, logos, and towering pro and college team mascots make for eye-catching spectacles that stop fans in their tracks and get them reaching for their phones. If you can imagine it, FOAM3D™ can take any idea and turn it into a crowd-pleasing reality.

Foam’s versatility was on full display at 2019’s Dow Great Lakes Bay Invitational, a week-long event unlike any other tournament on the LPGA tour. 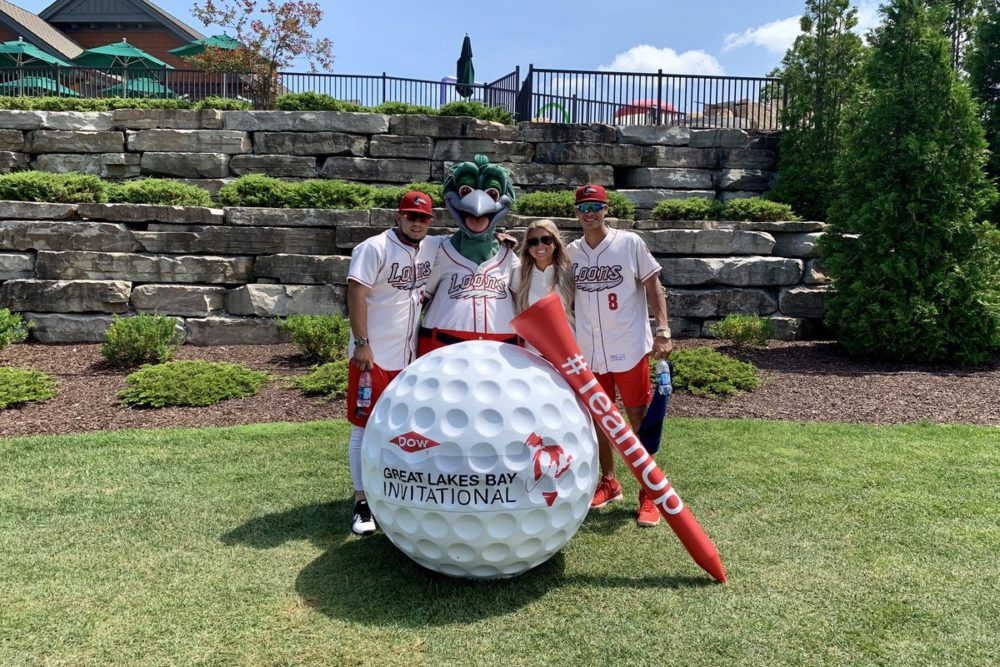 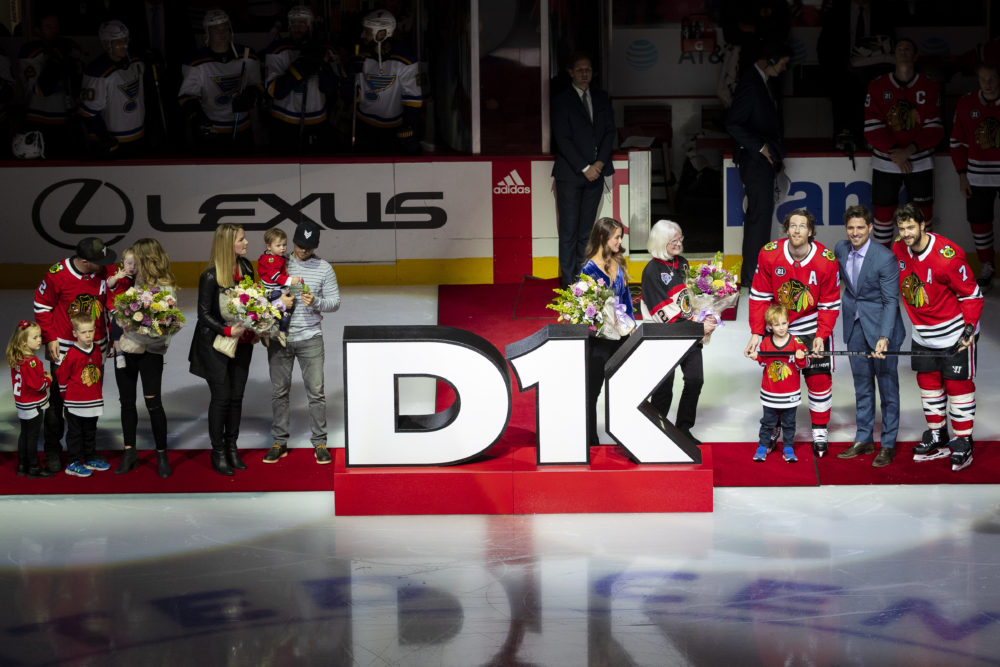 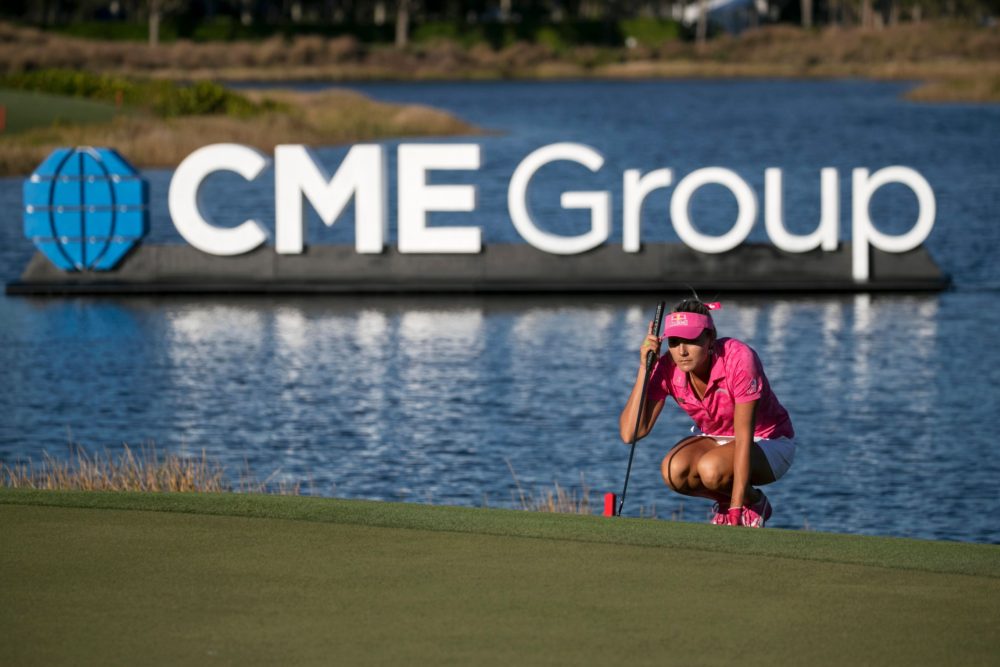 An easy way to turn a bare wall or blank space into a crowd-stopping photo-op, step-and-repeats are always a huge fan favorite—especially when sports stars like Magic Johnson (above) are in the house and happy to strike a pose. 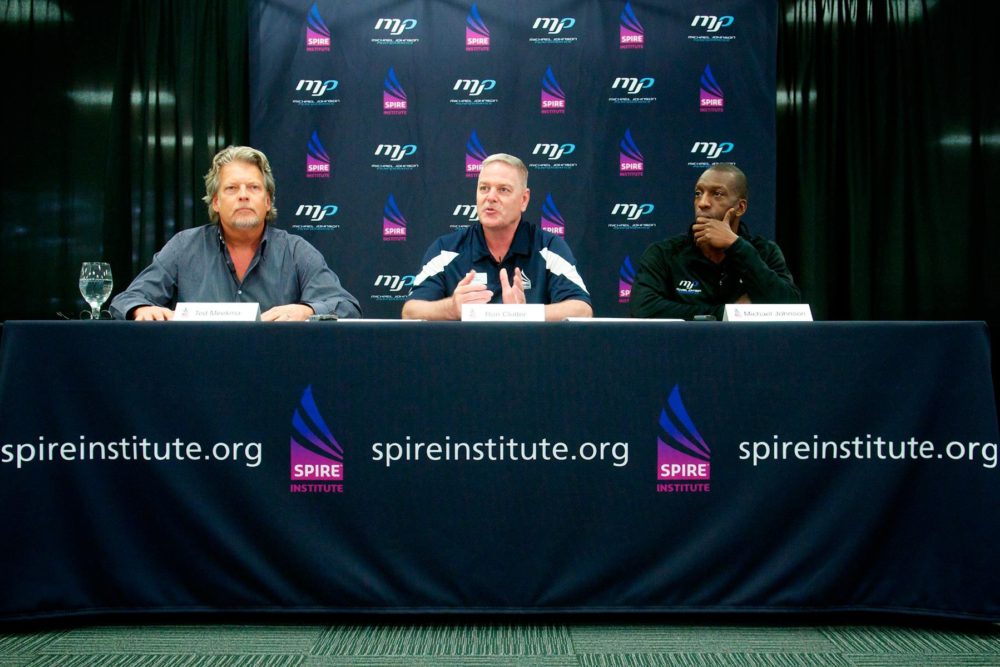 Here’s something new: an advertising solution with real, on-the-field functionality. Collapsible, padded Sideline Signatures™ get the job done by delivering premium advertising real estate that protects players against injury while keeping staff, the public, and the press at a safe distance from the action.

More and more athletic departments are increasing their revenue by “sidelining” brands for every fan watching in the stadium and on TV. How much, you wonder? Programs report charging anywhere from $1k to $4k per banner, depending on the market.

These light-weight, a-frame panels can be arranged in any configuration. Quick-attach banners can also be easily removed in seconds for quick-changeouts of single-game sponsors. 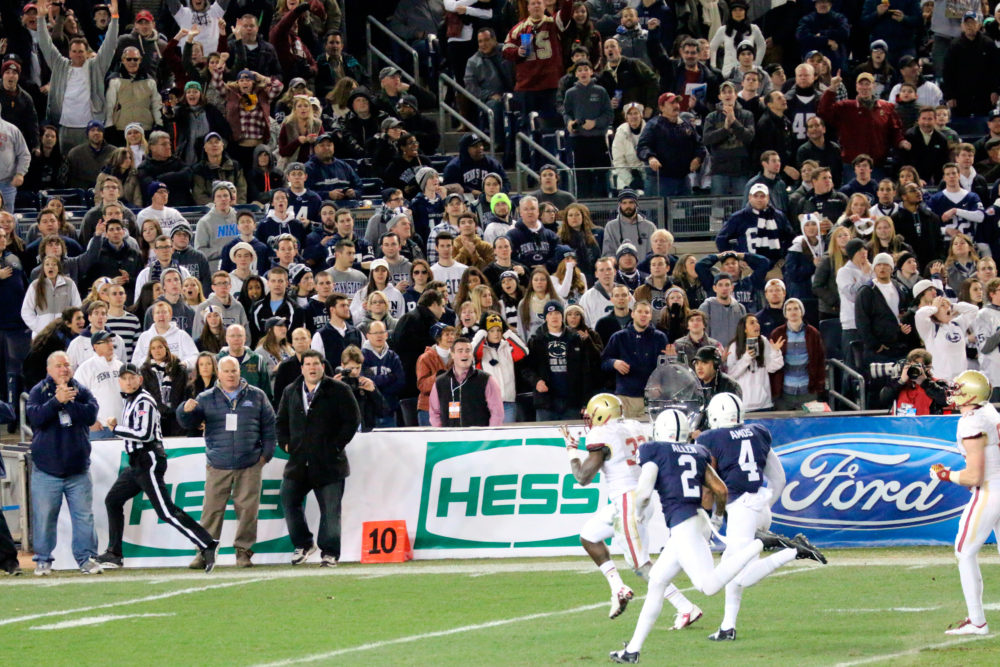 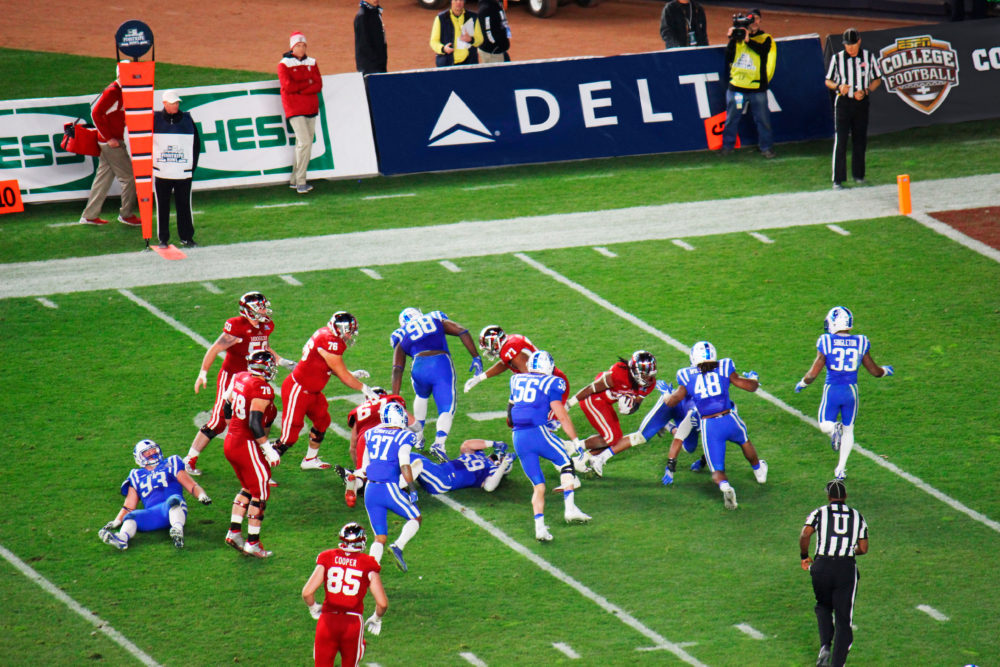 Designed to be set up in a high-traffic venue over a semi-permanent timeframe, custom shipping containers can be wired for music or Wi-Fi, equipped staircases and upper-deck patios, or stacked for multilevel, interactive activations and experiential zones. With infinite configurability and customizing options, the possibilities are only limited by your imagination and budget.

That versatility was on full display in 2019 when Major League Baseball sponsor, Bank of America, wanted to plug its new Extras Program with a fun and interactive fan experience at the annual MLB All-Star game in Cleveland, Ohio. 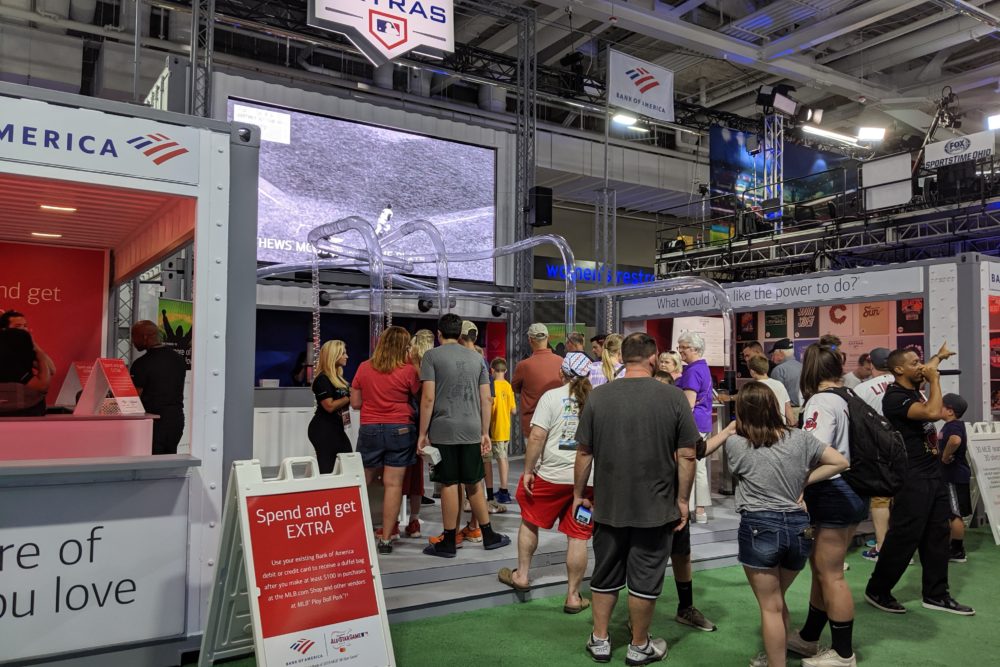 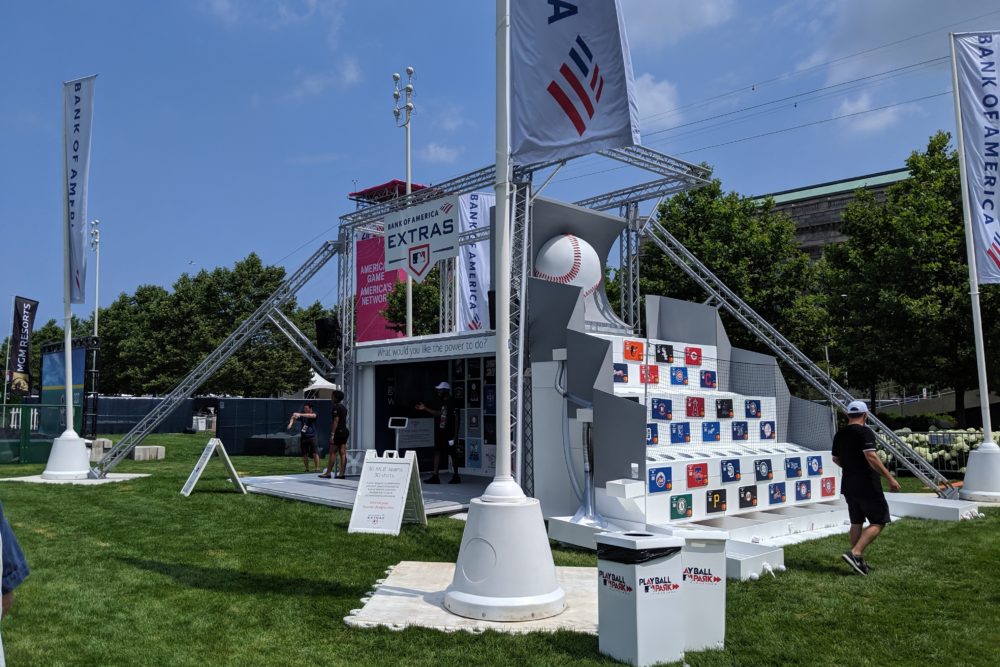 If you want to show serious team spirit or transform a bare surface into a can’t-miss branding opportunity, two solutions stand out: BannerStretch™ frame system and customized vinyl decals.

The Buffalo Bills picked BannerStretch™ for displaying homefield pride at the back of the New Era Field end zone/scoreboard and above the stadium’s north and south entrances. Specially constructed for large format graphics outdoors, the system delivers hang-it-and-forget-it dependability and stunning, outdoor messaging that never sags or wrinkles.

Customized vinyl decals deliver a second, popular outdoor branding option that takes windows, walls, and even floors from “blah” to “brilliant” in minutes. Engaging customers and boosting brand awareness with messages that stick was the goal of AdventHealth’s 2019’s rebranding effort at the Daytona International Speedway.

Vinyl outlasts traditional decals that peel and crack with age. With ViewThru™ technology, window decals can be custom cut—any size, any shape—with bright, full-color graphics and logos that will not obstruct the occupant’s view. 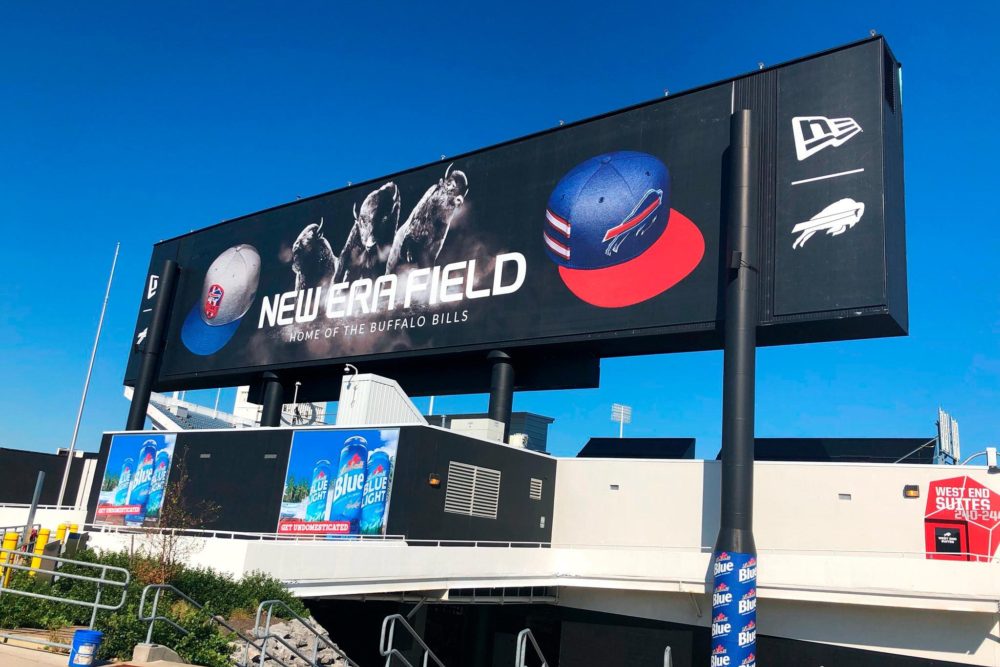 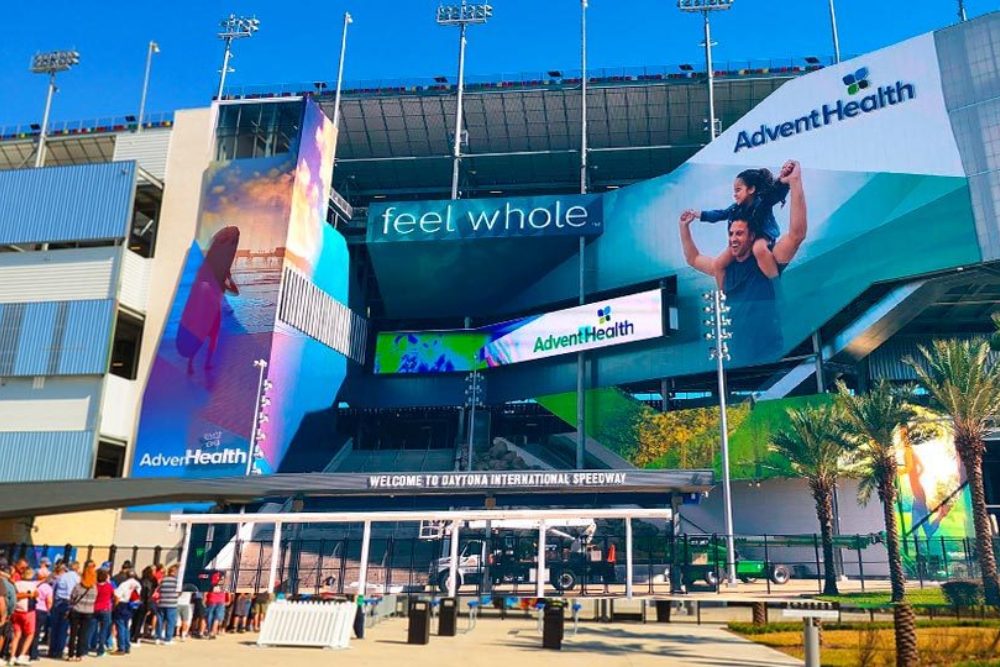 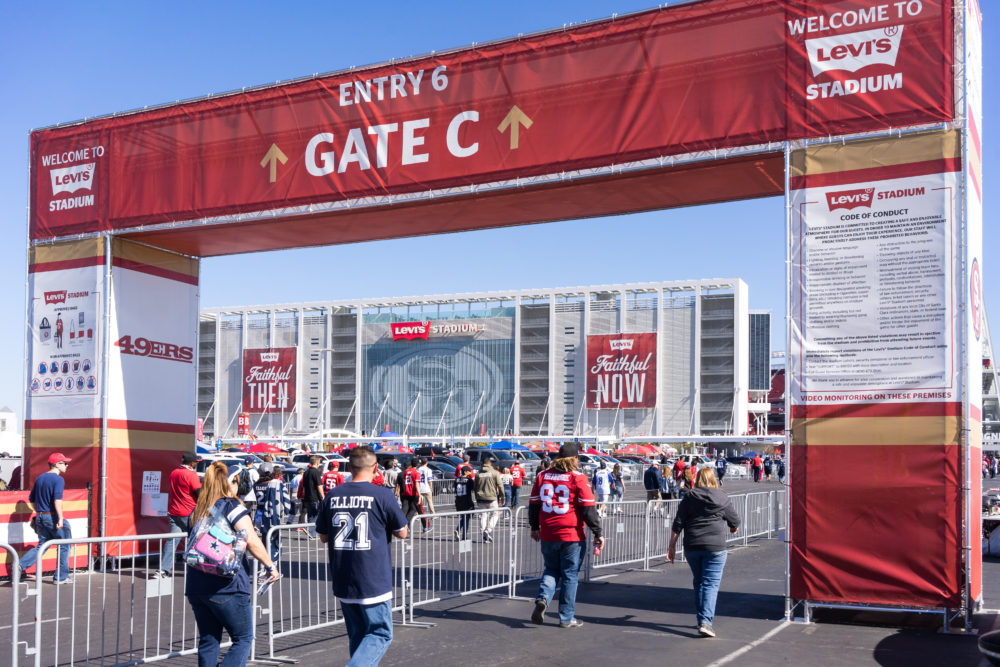 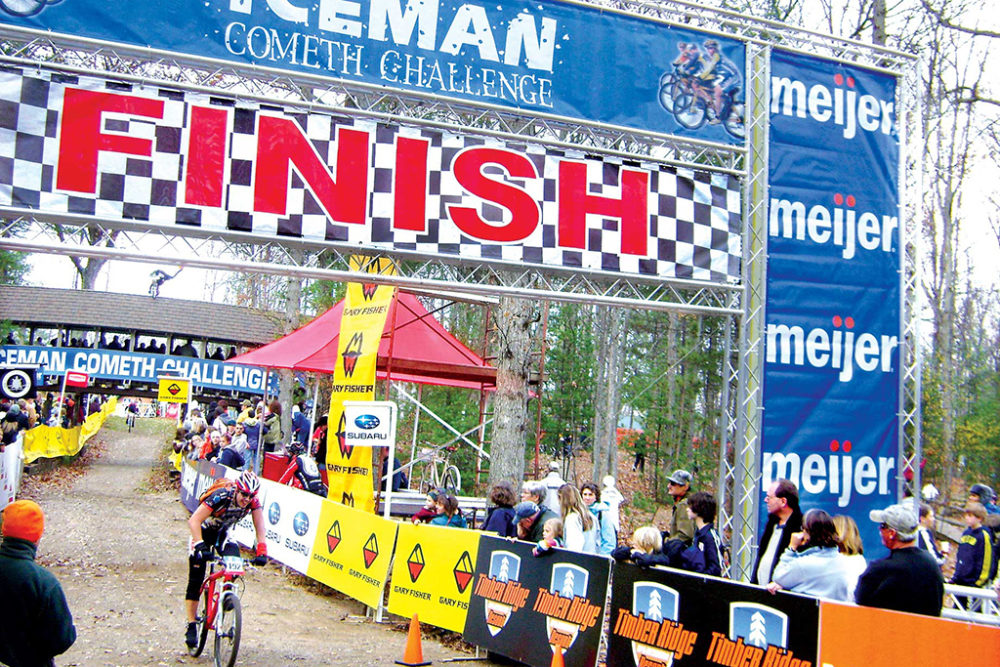 Feather flags deliver the perfect, go-anywhere marketing tool. They’re eye-catching, light-weight, easy to assemble, and also deliver the added benefit of using the power of Mother Nature to turn heads. The NCAA used dozens to make spectators look twice at “Grapple on the Gridiron,” the first ever wrestling match hosted in an outdoor football stadium (the Kinnick Stadium in Iowa City, IA).

Pole banners are another easy, yet high-profile advertising solution that delivers a lot of flash and a lifetime ROI. To celebrate the new construction of Baylor Stadium (now McLane Stadium) in Waco, TX, promoters did it up right for Bears’ fans by lining the Umphrey Pedestrian Bridge with dozens of colorful pole banners (hung on patented BannerSaver™ brackets).

Located on the north bank of the Brazos River, the stadium is one of the few in the country where fans can arrive by boat. Pole banners let “sailgating” fans motoring into the cove that adjoins the stadium know that they had officially entered “Bear Country.” 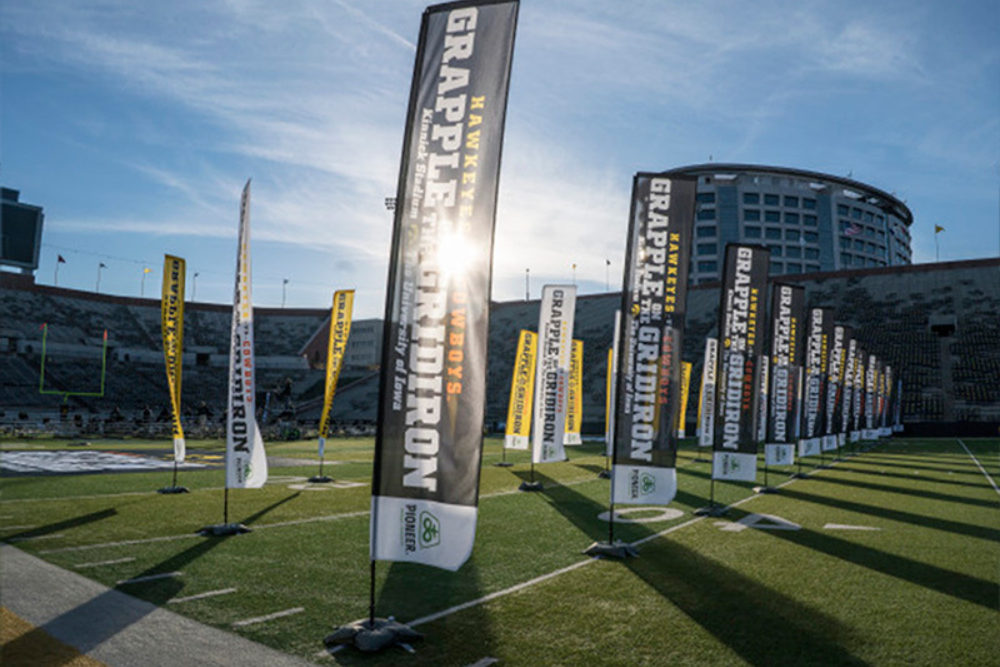 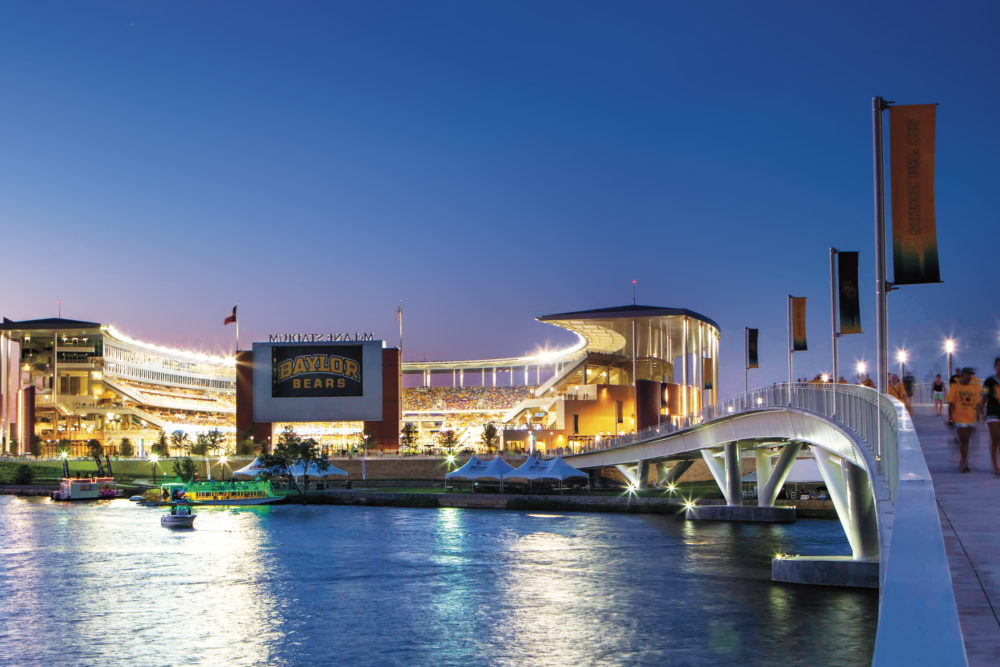